Hyphens and Dashes – The Dread of Misuse!

Hyphens and dashes are two distinctly different punctuation marks and a proper understanding of each will avoid embarrassing mistakes in your writing.

Will anyone get MURDERED as a result of using the wrong one in the wrong place? No, but their proper use is part of the process that makes a writer stand out as exceptional. Use them erroneously and your publisher might just KILL your story without reading further.

There are actually three distinct types of dashes: one is the commonly used Hyphen, and 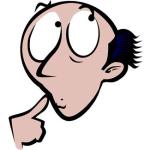 the other two are called the En Dash and the Em Dash.

Let’s take a separate look at each for a better understanding of how and when to use them.

The Hyphen: This literary device, a short dash, is used in three areas of punctuation to link words or parts of words together.

They can be used to join compound words (like good-natured). The joining can be between an adjective and a noun (sugar-free), between a noun and a participle (custom-built) and between an adjective and a participle (good-looking). Modern literature has relaxed the use of hyphens some and such connections are not utilized as much as they once were. Often now you’ll see the words smashed together as one or simply used separately.

Hyphens also join prefixes to other words in such a way as to convey a specific meaning, as in re-cover meaning to cover over something as opposed to recover meaning to overcome some difficulty.

Lastly, hyphens show a word break, like at the end of a sentence when the word is broken into syllables and part remains on one line while the rest of the word goes onto the following line.

Thus, hyphens only join words together and separate syllables. When phrasing punctuation is needed, that’s when the other two, and longer, dashes are utilized.

The En Dash: This mark is used to express a range of values or a distance, and is often

used in place of the word “to”. We can express an age range (from 40 – 60) or a distance (from New York – California) by using such a dash. It’s called the En dash because it takes the space of a lower case n in print. Usually, your computer will convert double dashes to an En Dash when adding a space between the previous word and the dashes and a space before the next word.

The Em Dash: This punctuation mark is the most interesting because its use can create heightened drama. For that reason it’s being used more often by modern fiction writers. This type of dash is a mark of separation, not of words but of phrases or thoughts. It’s used for three specific reasons—when something stronger than a comma is needed, when the writer wants punctuation less formal than a colon or when more relaxed punctuation than a set of parentheses is appropriate. On most computers, it automatically comes up when double hyphens are used without spacing between the previous and following words. It’s a longer dash and called the Em Dash because it takes up the spacing of a capital M in print.

This punctuation device is used when the writer wants extra emphasis on a phrase or part of a sentence. The famous grammarian William Strunk, Jr. is credited with specifying the proper use of the Em Dash. He said that it is used to indicate an abrupt stop or change in tone or thought (such as, “But I thought you’d—wait a minute, what are you doing?”), to insert a second thought, update or correction (such as, “I thought you’d be interested—but then you’re never interested in what I say.”) or to emphasize a dramatic pause (such as, 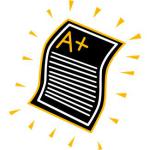 In conclusion, the process of editing the written word is a painstaking process. The proper use of punctuation is extremely important to enhancing your reputation as a GREAT WRITER.

With experience in both pharmaceutical manufacturing and clinical patient management, medications and their impact on one’s quality of life have been my expertise. My secret passion of murder and mayhem, however, is a whole other matter. I’ve always loved reading murder mysteries and thrillers, and longed to weave such tales of my own. Drawing on my clinical expertise as a pharmacist and my infatuation with the lethal effects of drugs, my tales of murder, mayhem and medicine will have you looking over your shoulder and suspicious of anything in your medicine cabinet.
View all posts by James J. Murray, Fiction Writer →
This entry was posted in About James J. Murray, About Writing, Accuracy in Editing, Accuracy in Writing, Achieving Perfection, All About Writing, Blog Writers, Blogging, Developing a Writing Career, Developing Better Writing Skills, Developing Writing Skills, Dreaded Misuse of Hyphens and Dashes, Em Dash Use, En Dashes and Em Dashes, Grammar and Punctuation, Hyphens, Hyphens and Dashes, Hyphens and Dashes and Their Misuse, James J. Murray, James J. Murray Blog, Learning the Art of Writing, Mastering Your Craft, New Blog, Obsession with Proper Usage of the English Language, Proper Punctuation in Writing, Proper Use of the Written Word, Punctuation Marks, Punctuation Rules, The Art of Writing, The Proper Use of Hyphens and Dashes, The Writings of James J. Murray, Tools of Fiction Writing, Use of Dashes, Use of Hyphens, Writing Skills, Writing Techniques and tagged Blogging, blogging about drug crime, En Dash and Em Dash Differences, fiction writer, fiction writing, Hyphen Use, Hyphen Use in Modern Writing, Hyphens and Dashes in Writing, Hyphens versus Dashes, James J. Murray, James J. Murray - Fiction Writer, Misuse of Em Dashes and Ellipses, Murder Mayhem and Medicine, new blog, Prescription For Murder Blog, Proper Communication Skills, Proper Editing Rules, Proper Punctuation in Writing, Proper Punctuation Marks in Modern Writing, Proper Rules in Writing English, Proper Use of the English Language, Use of Dashes in Writing, USe of the Em Dash, Use of the En Dash, Using Dashes in Modern Fiction, Using Punctuation in Modern Writing, writing career, writing pharmacist. Bookmark the permalink.

1 Response to Hyphens and Dashes – The Dread of Misuse!