Radioactive Bacteria On The Attack! 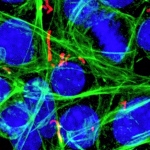 In previous blogs (here, here and here), I’ve written about the horrors of bacterial attacks. I’ve discussed the concept of drug resistant bacteria up to and including bacteria used in biological warfare. Today I’d like to highlight an organism that I’m labeling “the friendly kind of bacteria”.

Scientists have found a way to combine the power of radiation with the assault potential of bacteria to attack cancer cells. Such a marriage of radiation and deadly bacteria might seem to be the plot of a bad apocalyptic movie, but it’s actually an impressive and significant leap for medical science.

Researchers at the Albert Einstein College of Medicine in New York have been able to alter bacteria in such a way that the bacteria deliver deadly radiation to cancerous tumors.

Ekaterina Dadachova and her colleague Claudia Gravekamp coated the bacterium Listeria monocytogenes with radioactive antibodies and injected the radioactive Listeria into mice with pancreatic cancer that had spread to multiple sites. 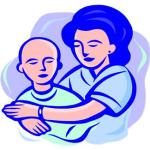 with pancreatic cancer survive to the five-year mark. Chemotherapy, surgery and radiotherapy are sometimes ineffective because the disease often has spread to other organs before the cancer is detected.

The results of the study showed that, after only several doses of the radioactive Listeria, the mice had 90% fewer metastases than mice treated with either saline or radiation alone. A review of the studies indicates that a combination of events must happen to accomplish these staggering results.

Listeria, a bacterium sometimes found in food and which can cause serious infections, is 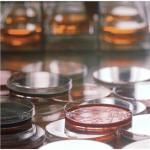 usually destroyed by our body’s immune system. By exploiting the fact that cancer cells can suppress an attack by the immune system, the Listeria bacteria avoid being wiped out and remain in the body, allowing the tumor cells to receive continuous radiation exposure.

As positive as the study results may be, researchers worry that healthy organs may receive excessive amounts of radiation. Although the study found no signs of tissue damage in the mice one week after a high-dose treatment of radioactive Listeria, radiation oncologist Joseph Herman believes that the effects of radiation might take longer to show up.

While estimating dose changes between animals and humans are not always 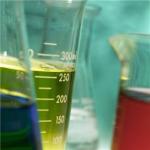 straightforward calculations, the researchers coordinating this study suggest that the radiation levels used would translate to a dose below the safety threshold for humans. Additionally, patients with pancreatic cancer tend to be less prone to radiation sickness because they’ve usually not received chemotherapy beforehand.

While this research is still in its infancy in phase I/II trials, radiation oncologists agree that this approach might present a new option for killing cancer in organs that resist other therapies.

As a clinical pharmacist, I’ve never thought of Listeria as a friendly organism. I’ve decided to rescind that opinion in view of the fact that this deadly bug can be altered to potentially cure deadly cancers. On the other hand, the murder mystery writer in me can visualize exciting sinister plots in which this new technology turns deadly.

2 Responses to Radioactive Bacteria On The Attack!